Even though the film festival is still months away, our team is hard at work to give exceptional films directed by women the attention they deserve.

CASCADIA opened to short film submissions in August and thus far we’ve had a very good response, already doubling last year’s submissions. Our team of reviewers has already begun screening and will look forward to seeing them all. Be sure to get yours in soon. Submissions close November 15.

Directed by Pietra Brettkelly, the film is a modern day Cinderella story where the brave, diminutive and daring heroine’s dream doesn’t end at the ball. Guo Pei is chasing every designer’s fantasy – to become part of the exclusive yet savage world of Haute Couture. It’s an unprecedented story, taking the viewer inside the world where Guo Pei creates magic.

The film will screen Sunday, October 14 and Wednesday, October 24. After the October 14 screening, CASCADIA Board Member Baozhen Luo will lead a Q & A discussion about the film.

CASCADIA will also be in the lobby before and after each screening with more information about our festival.

We suggest you get your tickets early as the screenings are expected to sell out. Bring your friends fascinated by Haute Couture, fashion, and documentary film! We can’t wait!

We’ve been able to forge new partnerships with both local and national organizations. To encourage women directors to submit their films to our festival, we’ve extended a waiver to both New York Women in Film and Television and Alliance of Women Directors (AWD) members. If you’re already a member with one of these stellar organizations, check in to get your member submission waiver code and submit your film by November 15. 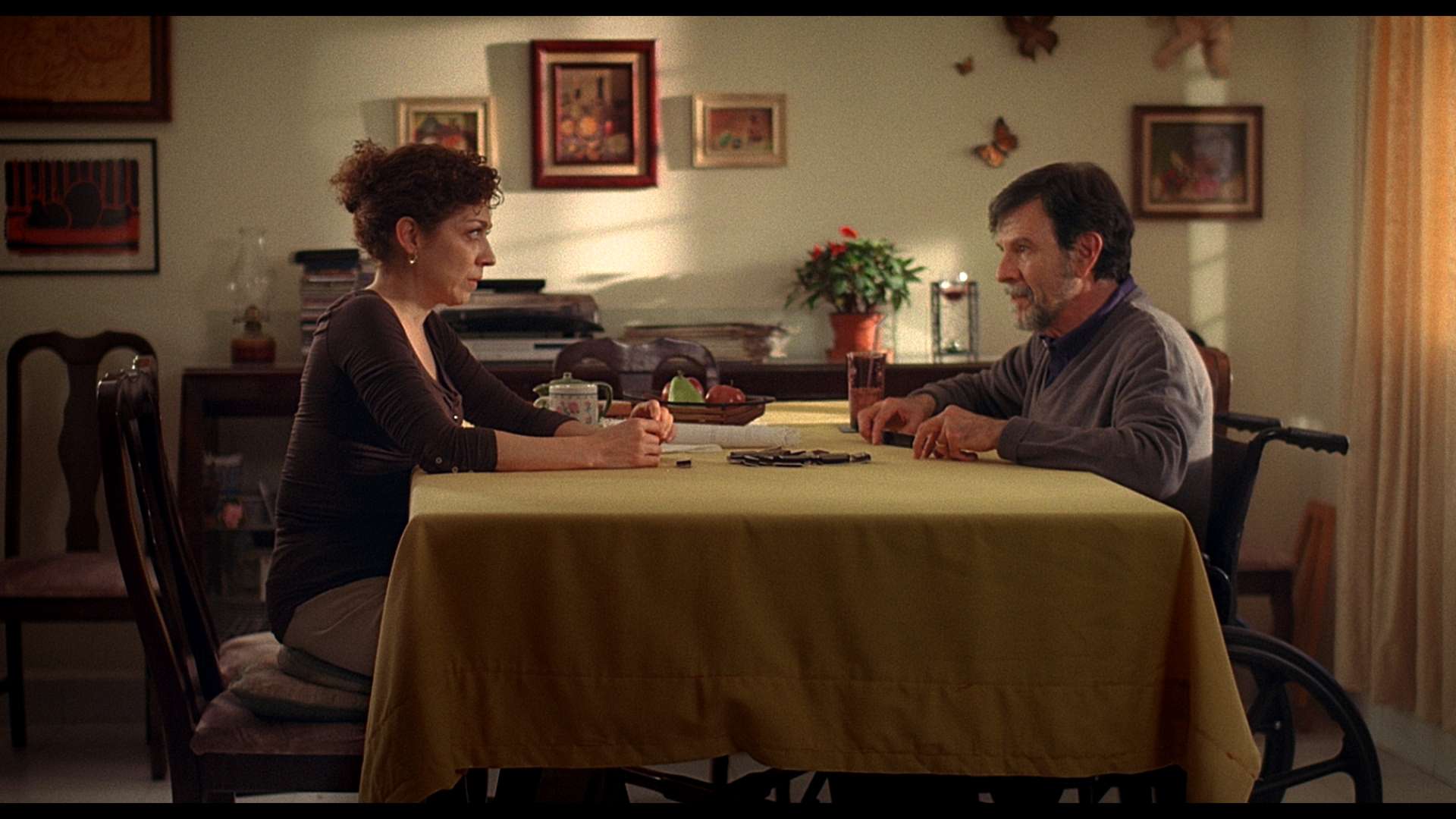 A scene from Rosario directed by Marlén Rios-Farjat, a 2018 CASCADIA film selection to be shown this month at the Post Alley Film Festival.

We’ve also continued to cultivate our relationship with Women in Film Seattle. You might remember that several of their members appeared on panel discussions at our festival this past April. If you’re in their area, be sure to check out their upcoming events regularly.  Their Post Alley Film Festival kicks off Saturday, October 13, 2018. We are honored that four of the short films that appeared at our festival will also be screened there next month. Congratulations to these women directors and the teams behind Rosario, The Hammond Brothers, Woman of a Certain Age and The Door. 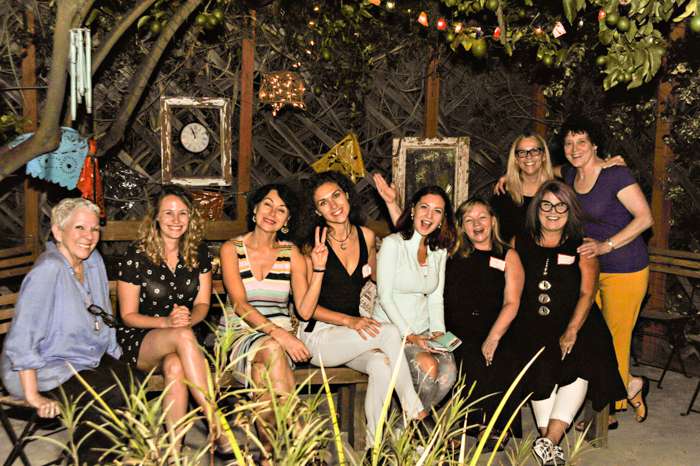 Directors and friends of the Festival gathered for fun and food at an Open House in Los Angeles hosted by CASCADIA.

CASCADIA Executive Director Cheryl Crooks also attended an Open House in Sherman Oaks, California in late September to connect with members of the filmmaking community there. Thank you to creative writing instructor and former actress  Claudette Sutherland for opening her home to this gathering with some of CASCADIA’s Festival Directors including Yassamin Maleknasr, Director of the feature documentary Women of the Silk Road and Producer/Writer/Actor Chelsea Gonzalez of the short narrative film Susanne and the Man.  Among the others who made it out was script supervisor and writer Maggie Craig who lives in Bellingham when not working in L.A.  Maggie has graciously moderated our Script Studio Panel at our past two April festivals.

We are also working with other film festivals to help each other find and obtain high quality films directed by women including the Wild and Scenic Film Festival in Grass Valley and Nevada City, CA.  and the ARC Film Festival in Mainz, Germany. Get in touch if your festival would like to collaborate. 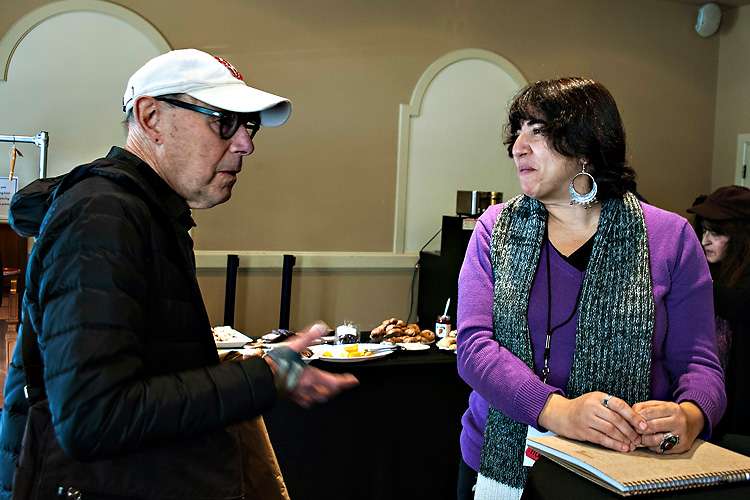 CASCADIA Advisory Board Member, Co-Founder, and Program Selection Committee Member Everett Aison is the subject of the Graphic Detail Column in this month’s Issue of Film Comment Magazine in a piece by Adrian Curry called The Art of the Movie Poster.

The article begins, ” A Filmmaker, novelist, screenwriter, title designer, children’s book illustrator, art director and teacher has worn many hats in his 83 years.” Many hats is right. It is our honor to have Everett’s continued experience and support. The quality of the films chosen for our past festivals and events is due in part to his help on the Program Selection Committee. 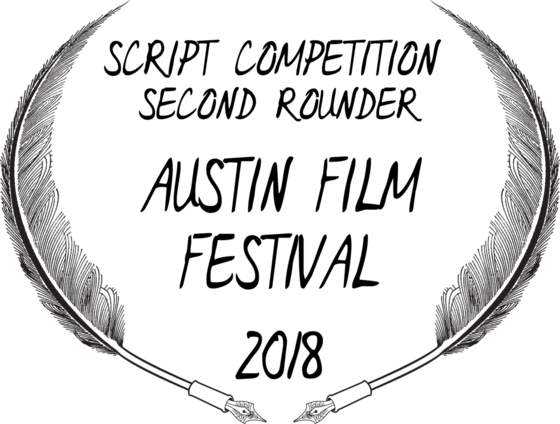 Congratulations are also due once again to CASCADIA Advisory Board member Valerie Dalena​. In June her script Rest in Peace won the GRAND PRIZE at the New York Metropolitan Screenwriting Competition. That same script just made the second round of the 2018 Austin Film Festival Script Competition, earning her a spot in the top 20% of 10,000 entries. We are so honored to have her experience, drive and support on our Advisory Board.

We are doing so much more than we could ever include here to bring exceptional films directed by women to our Third Annual CASCADIA International Women’s Film Festival. Please plan to join us April 11-14, 2019 in beautiful Bellingham, WA. Check back here often to hear more about what we’re doing behind-the-scenes to make this dream a reality.