Behind the Scenes December 2017

A lot goes in to planning a film festival. Even though it is still several months away (April 12-15, 2018), CASCADIA staff and volunteers are already hard at work. Here’s an overview of the many moving parts that have been turning at CASCADIA International Women’s Film Festival. 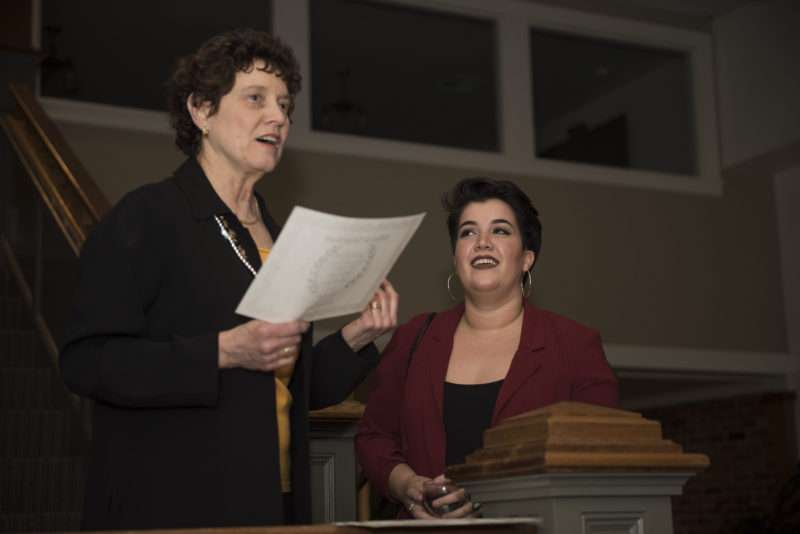 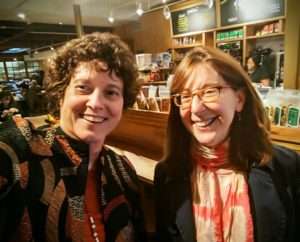 CASCADIA Executive Director Cheryl Crooks took a week-long trip in late October to New York City.  She met with several contacts to solidify and cultivate relationships for CASCADIA and to explore how CASCADIA could collaborate to advance our mission and the festival.

Cheryl met with Mary Lee Grisanti of the New York School of Visual Arts (SVA), Victoria Montes, animator and 2017 CASCADIA director and her sister, Isabel, now a senior in film at SVA. She also saw Ashlee Leitner, a CASCADIA first round reviewer, Angela Vaut, a SVA film librarian, and Elizabeth Weatherford, who recently retired as curator of film series for Smithsonian’s Native American Museum in NYC. She also had the pleasure to meet Helen Whitney, documentary filmmaker and Zeva Oelbaum, Letters from Baghdad co-director that we Skyped with after our sold out screening of her film at Pickford Film Center‘s Doctober.

At each meeting, everyone was very excited about our festival and work we are doing.  They expressed a desire and interest to help support and participate in the festival in whatever way they can.

From the others, Cheryl received suggestions for films to consider, leads to filmmakers and other contacts that might be helpful to us, and offers to participate in panel discussions and attend the festival and other ideas.

Cheryl Crooks on the Air Waves

In October and November, CASCADIA Executive Director Cheryl Crooks was interviewed by KNPW-DB Community Radio‘s Into the Arts’ Jeannie Gilbert as well as Booxie Vox (Shannon Laws) of Bellingham Art Beat on KZAX Make.Shift radio. Each interview was different so you can listen to both. Missed them on the air? That’s okay. You can hear them again, podcast-style on their respective sites.

Become a Sponsor, Donor or Advertiser

Being a part of our team is as rewarding as it sounds. CASCADIA is currently seeking sponsors for our 2018 Festival. You, your group, organization or business can sponsor the festival, an upcoming educational event or one of our incredible films. Sponsorship not only gives you the satisfaction of supporting female directors, but also the confidence that you’re contributing to a global movement to allow women’s voices to be heard. 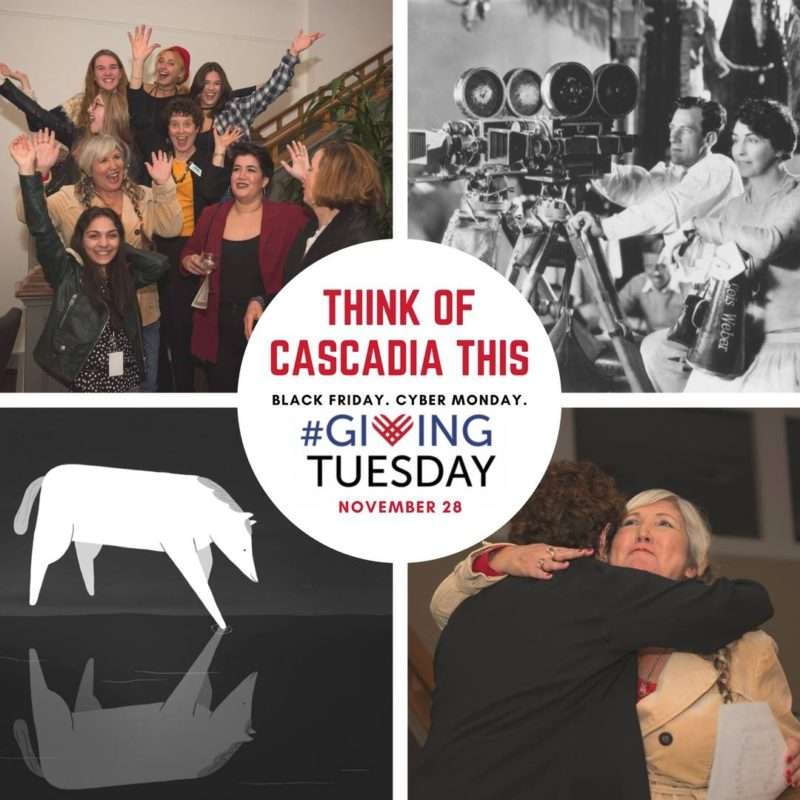 Sponsors also receive a host of other benefits. That includes recognition in our print and web materials, social media, and at our live events. Get in touch today to discuss the possibilities.

We also celebrated the generous support of both new and continuing donors this past #GivingTuesday. But we are still working toward our goal and need your support. You can donate to our program here.

Your gifts promote the artistry and vision of women filmmakers. Your support will help us:

In January, we’ll begin soliciting ads for our 2018 festival program. Ads in the festival program are seen by hundreds of festival attendees and that exposure isn’t over when the festival ends. We continue to distribute programs all year long to help people get to know what we’re all about. Contact us to discuss ad opportunities and rates.

CASCADIA was open for submissions from August 25 to November 15, 2017 via FilmFreeway. A team of more than 25 volunteer screeners from across the country have been reviewing the more than 50 short films submitted. The screeners include experienced professionals in the film industry as well as film critics, students and reviewers. Their job is to rate and comment on their assigned films. Those films that score well upon review by several screeners will move on to the Program Selection Committee who did a phenomenal job choosing last year’s films.

Final selections of short films will be made and sent to filmmakers by January 15, 2018. The Official Selection will be announced in late February or early March.