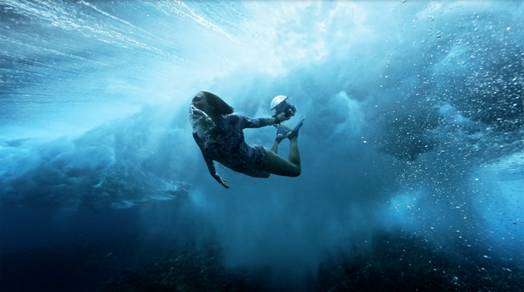 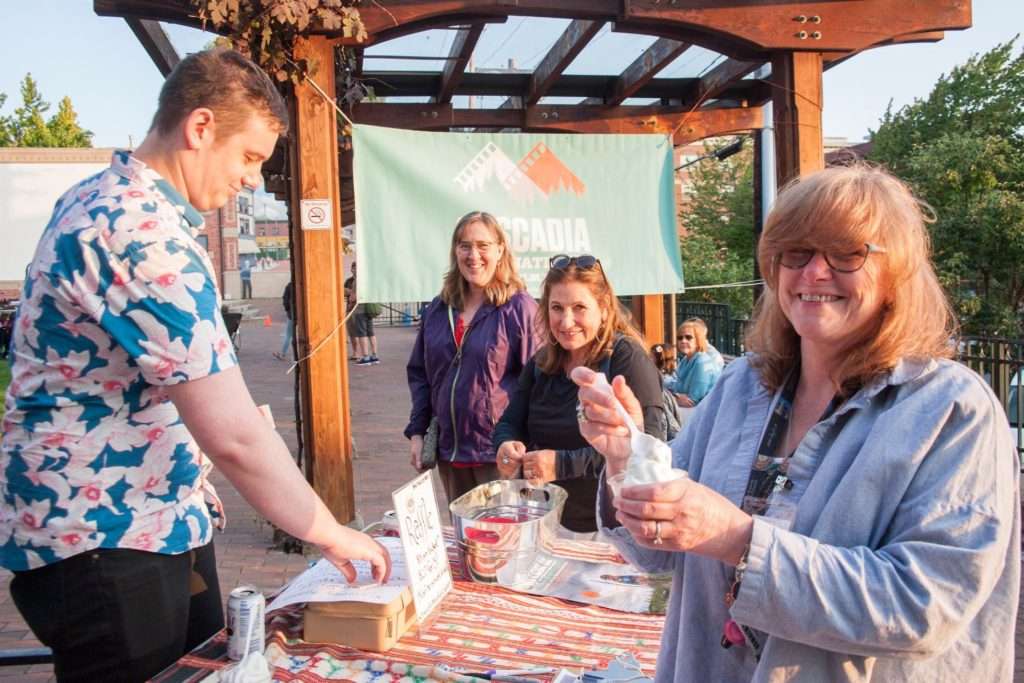 CASCADIA was pleased to present an evening of outdoor adventure and sport short films from California’s Wild and Scenic Film Festival in July. The six films, all directed by women, drew an enthusiastic audience who watched the films under the stars at the Fairhaven Village Green in Bellingham. Thanks to everyone who came out and to all our sponsors who participated, including the Washington State Arts Commission and the National Endowment for the Arts. 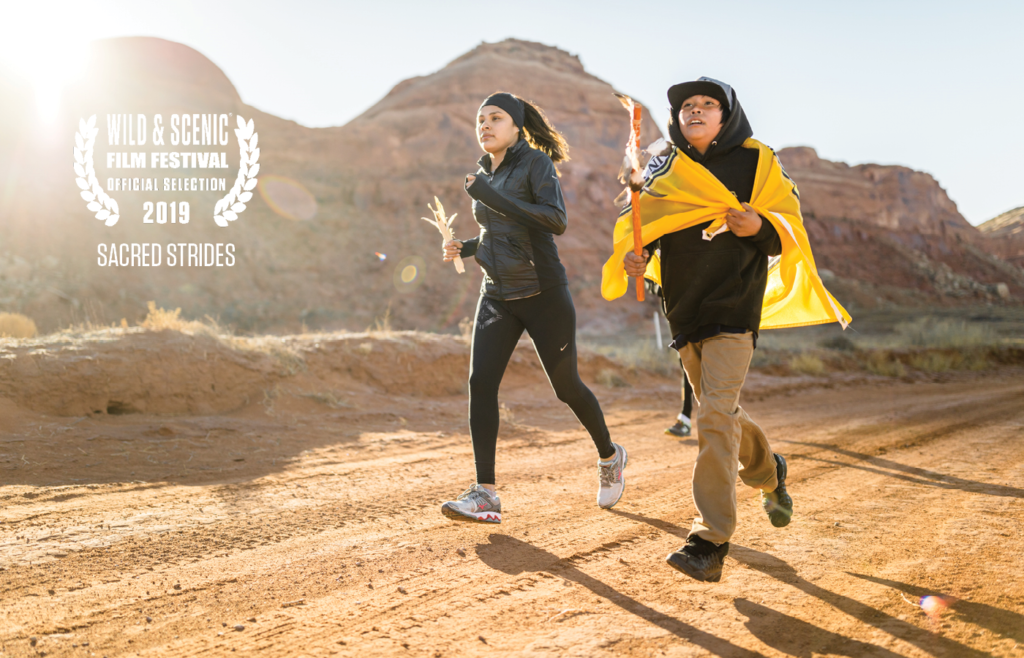 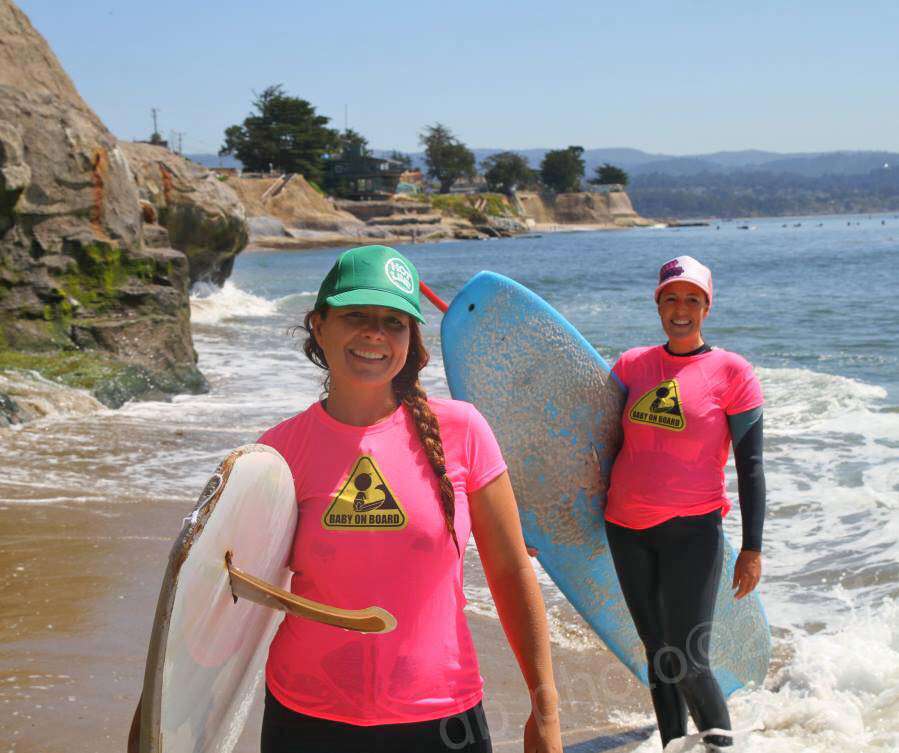 Super Stoked Surf Mamas—A group of moms-to-be decide to surf together through their pregnancy providing support and encouragement to one another and defying those who tell them they need to stop. With precaution and modifications, the women learn that they can continue the sport they love and the joy of being in the water almost right up to their due date. Set in Santa Cruz, CA. Directed by Elizabeth Pepin Silva. 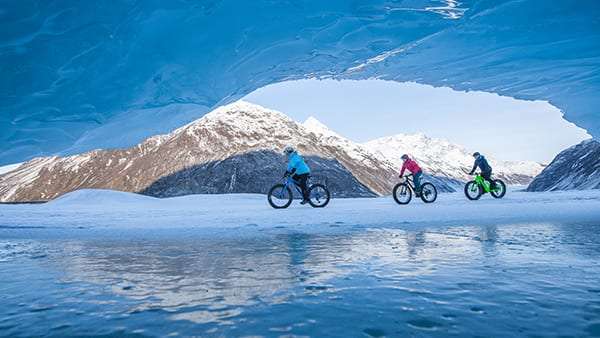 Blue—Set in Alaska, Blue is a fantastical journey into the imagination of a four-year-old girl growing up in Valdez, Alaska, fresh off training wheels, begins to push her boundaries and explore what’s possible on her bike. Her fantasy explores the mountains, glaciers and rivers of Valdez by fat bike with a crew of boundary-pushing female athletes. Directed by Aly Nicklas. 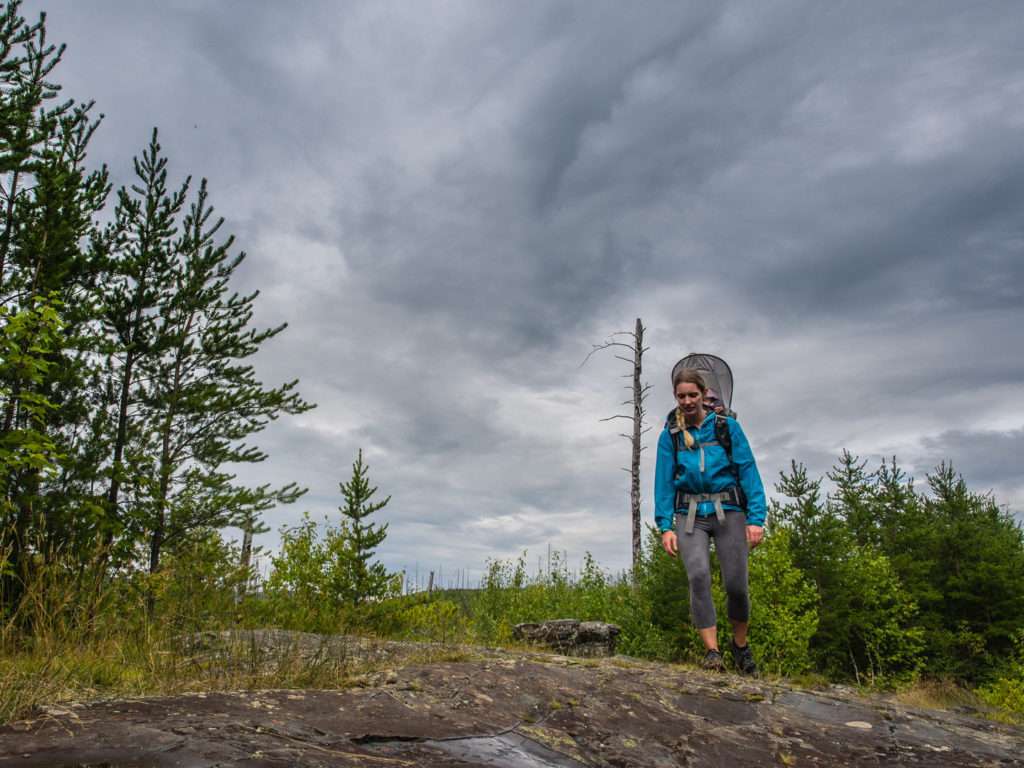 The Arrowhead Traverse—A Minnesota family sets out to traverse the Arrowhead of Minnesota traveling from the Mississippi River to Lake Superior by bicycle, canoe, and foot; all with their 3-year-old son and 9-month-old daughter along for the adventure. Directed by Ruth Lencowski and Kristopher Lencowski. Film won the Kids Jury Award, 2019 Wild and Scenic Film Festival. 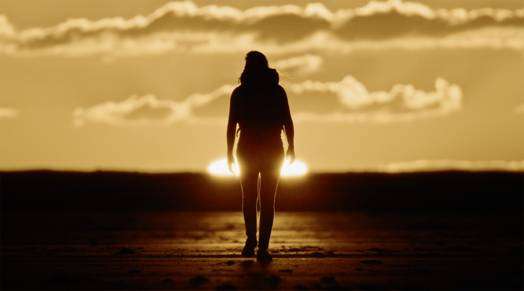 In Perpetual Motion—Under the water, in the surf, on the mountain, through the desert, director Krystle Wright shows us through her lens what it is to capture those in motion. 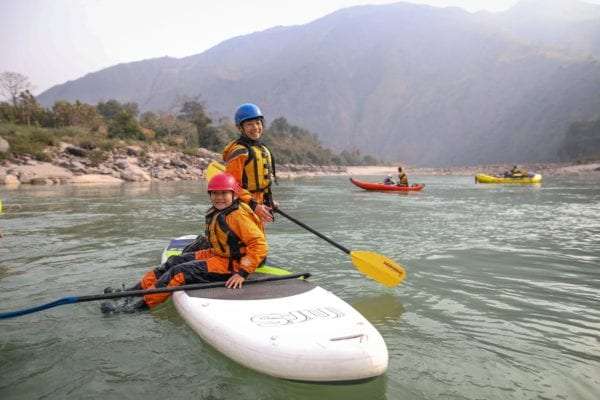 Journeying Out—Two Chinese boys from Beijing go on a paddling adventure down some of China’s rivers and tells us what those rivers mean to them. Directed by Meredith Meeks.