“Everything that I have worked so hard to build as a filmmaker in my country is at risk of falling.” 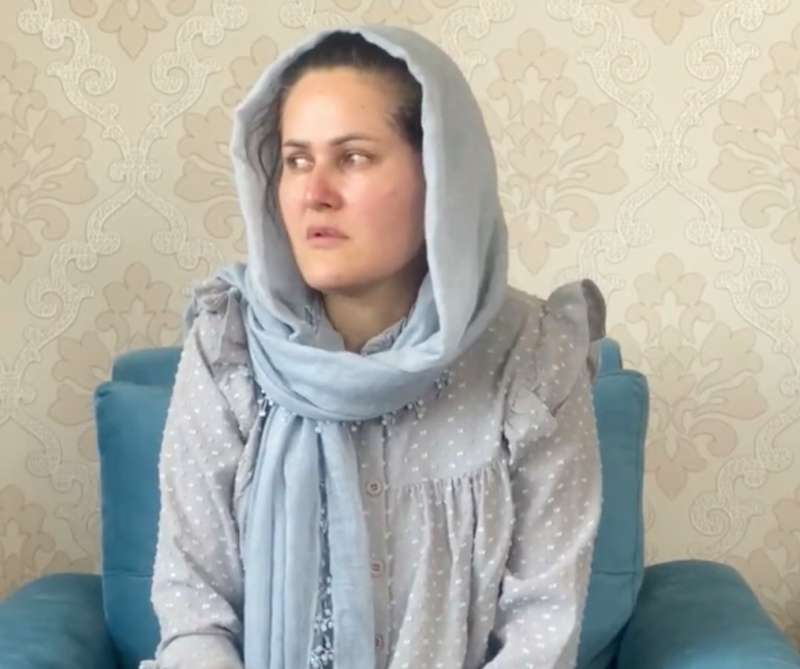 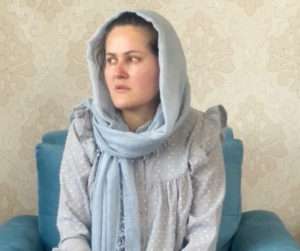 In the subsequent two decades, Afghan women have become politicians, girls have been educated, and the country’s films have gained international attention. But that’s all threatened now that the Taliban has once again seized control of Afghanistan, Afghan filmmaker Sahraa Karimi wrote in a recent open letter.

Karimi, who in 2019 was appointed as the first woman to lead the state-run Afghan Film company, posted the letter on Twitter on Friday. In it, she pleads with members of the international film community to use their voices to fight the Taliban’s takeover of Afghanistan.

“Everything that I have worked so hard to build as a filmmaker in my country is at risk of falling,” Karimi wrote. “If the Taliban take over they will ban all art. I and other filmmakers could be next on their hit list. They will strip women’s rights, we will be pushed into the shadows of our homes and our voices, our expression will be stifled into silence,” she wrote. 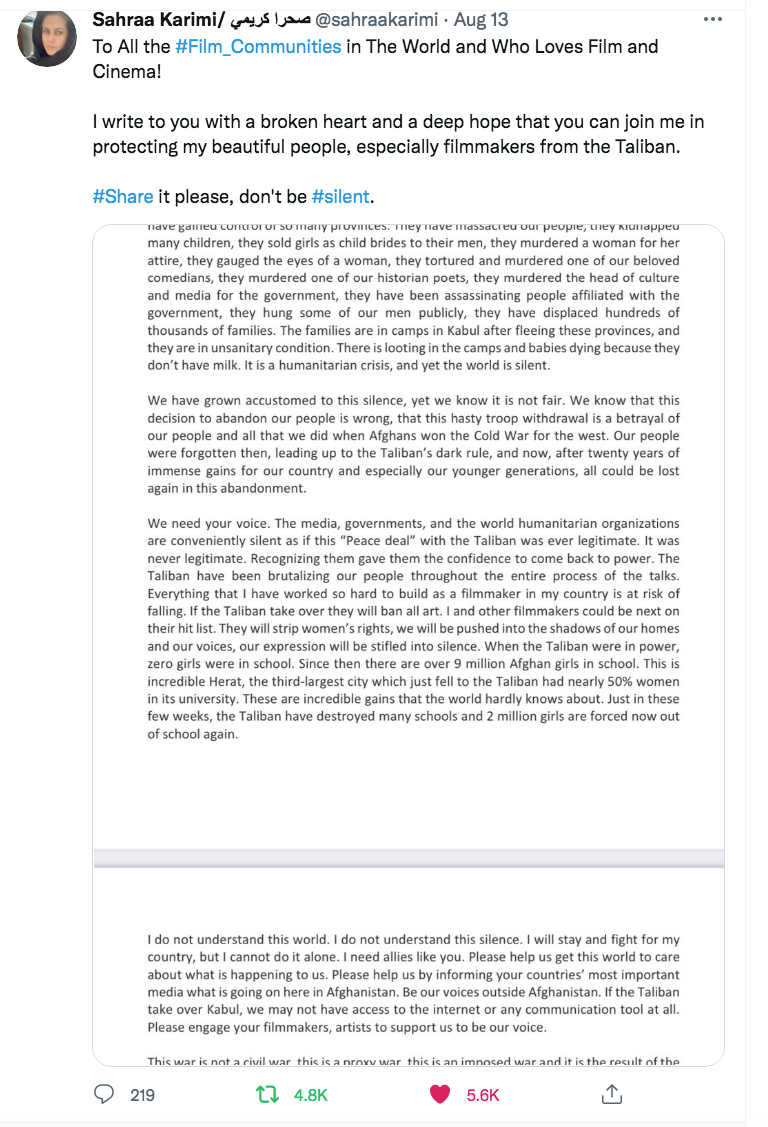