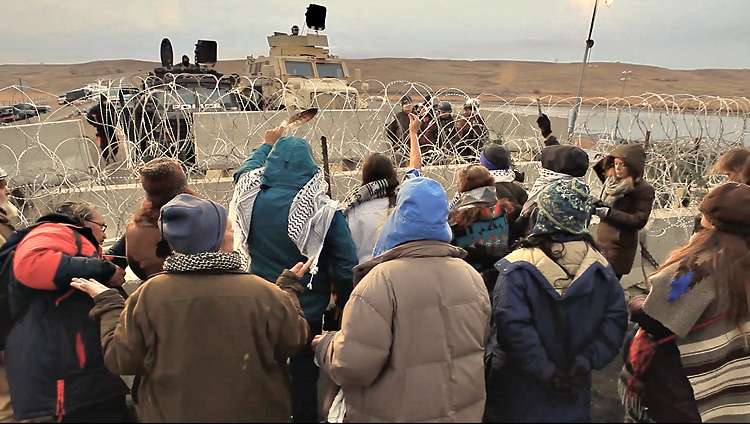 “End of the Line: The Women of Standing Rock” is a movie that you will want to see twice. It evolves around the plight of the Standing Rock tribal members in North and South Dakota and their fight against the Dakota Access Pipeline. This film is directed by Shannon Kring and stars Phyllis Young, an enrolled member of the Standing Rock Sioux Tribe and leader of the Oceti Sakowin Camp at the Standing Rock pipeline protests. She has been a leading American Indian activist for more than 40 years.

In a scene from the documentary film, Native women protestors at Standing Rock gather in silent prayer.

Young said the Missouri River is “our lifeline.” More than 18 million people depend on it as their source of drinking water. Construction of the pipeline destroyed sacred medicines and roots that grew along the river. It desecrated several sacred burial and prayer sites. Most importantly, it threatened the way of life for those wanting clean drinking water for all children. 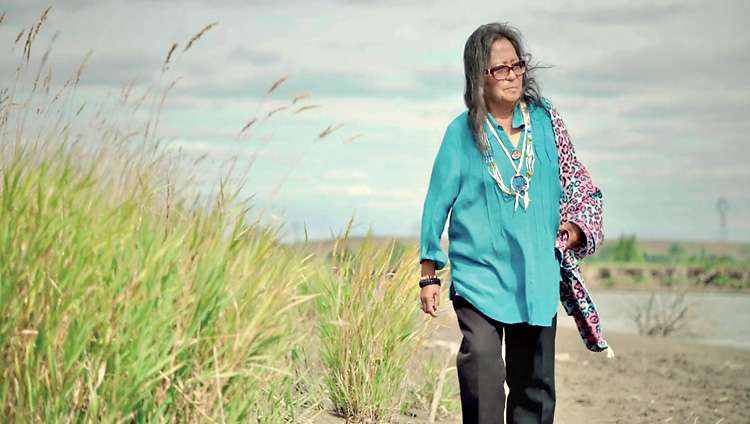 Native American activist Phyllis Young was one of the organizers of the Standing Rock protests and is featured in the film.

Director Shannon Kring said there were many who did not want this story told.  Many of her colleagues had their cameras and footage confiscated by law enforcement and private security during the protests. Kring and her film crew had to be one step ahead and switch vehicles and always make backup copies of the film footage, even sending the footage out of the country to be safe. 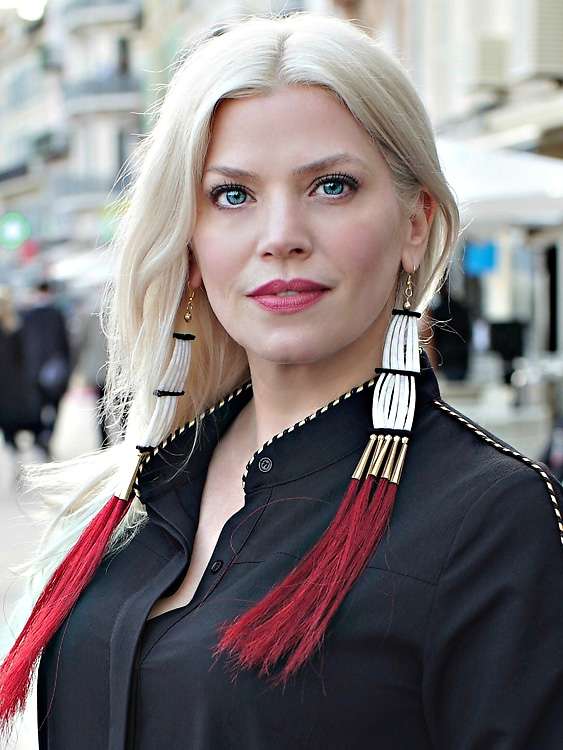 “End of the Line” Director Shannon Kring covered the protests at Stand Rock .

You will witness scenes of brutality from the law enforcement dogs attacking, to one young tribal member getting shot with rubber bullets, resulting in the loss of vision in one of her eyes. More than 10,000 people attended this protest at Standing Rock, with more than 800 individuals arrested.

This film is an example of the plight of all the Native Peoples and creates a better understanding of what has been dealt with in the past and the struggles and challenges of today.

CASCADIA is presenting the film as part of the Pickford Film Center’s Doctober Festival. The 87-minute feature, along with the short film, “Honor Thy Mother,”directed by Lucy Ostrander,” will be shown twice:  Monday, Oct. 11 at 7:45 p.m. and again Sunday, Oct. 17 at 2:30 p.m.  The recorded interview with Young and Kring will be screened for the audience following the Oct. 11 showing with the extended interview to be available on CASCADIA’s website afterwards.