Diving Deeper into Our Official Selection 2018

The CASCADIA International Women’s Film Festival is poised to present 25 exceptional films directed by women here in the heart of Bellingham, WA. This April 12-15, 2018 we’ll share our 2018 Official Selection at Pickford Film Center. Tickets are on sale now so get them before they’re gone. There are too many to share them all here, but we’ve got more information about just a handful below who have been making headlines around the world. 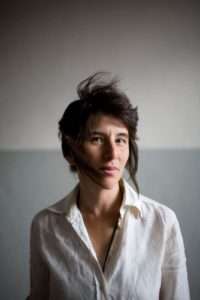 Ascent, directed by Fiona Tan of Holland and Japan, explores the mysteries of Mount Fuji. As northwesterners we are surrounded by mountains constantly, but have you ever wondered how other mountains become cultural monoliths?

This film combines a collection of 4,500 dazzlingly varied still images spanning 150 years of photography to create a work of art that follows a Western writers correspondence with her Japanese correspondent as they muse on the significance of Mt. Fuji’s dominant presence in Japanese history, religion and philosophy. 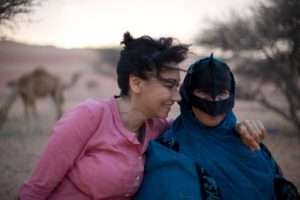 Women of the Silk Road, a documentary feature by Yassamin Maleknasr of Iran is also making its West Coast Premiere. The film follows the stories of four women from Turkey, Oman, Iran and Tajikistan as they weave their tales of independence and economic empowerment of women of the Silk Road.

Maleknasr is the first Iranian woman filmmaker to graduate from the University of Southern California in Film and Television. In 1995, she directed and acted in her first feature film, The Common Plight, which has turned into a cult movie among Iranian youth. Her intimate and humanistic films promoting social and economic change have resulted in university, NGO, and public policy discussions and panels.

Maleknasr will participate in a Q & A following the screening. “I hope to share my experiences as an Iranian-American woman filmmaker from Middle East. Rare, experiences of traveling by land to Afghanistan, Oman, Jordan, Iran and many other countries in Asia, Central Asia and Middle East. On the footsteps of Marco Polo,” explains Maleknasr.

Making it’s Washington premiere is Angels Wear White by Vivian Qu of China. In a small seaside town, two young girls are sexually assaulted by a middle-aged police official in a motel. Mia, a teenager who was working on reception that night, is the only witness. Her silence is grounded in fear of losing her job.

https://vimeo.com/243535484
Each of these stories brings another part of the world to our doorsteps. We are so honored to be sharing them here in Bellingham.

The Divine Order, directed by Petra Volpe of Switzerland, was Switzerland’s entry in the Best Foreign Film category at this year’s Academy Awards. This film looks at the lives of women in 1970’s and how housewife, Nora, begins to publicly fight for woman’ suffrage the men are soon due to vote on.

Please plan to join us at the CASCADIA International Women’s Film Festival, April 12 -15, 2018 at the Pickford Film Center in Bellingham, Washington. Check out the rest of our Official Selection of 2018 page to see more trailers and the complete list of selected films as well as this year’s incredible directors. Twelve of these talented directors plan to attend the festival this year and share their wisdom during panel discussions, post-screening Q & A’s and more. Don’t miss it.