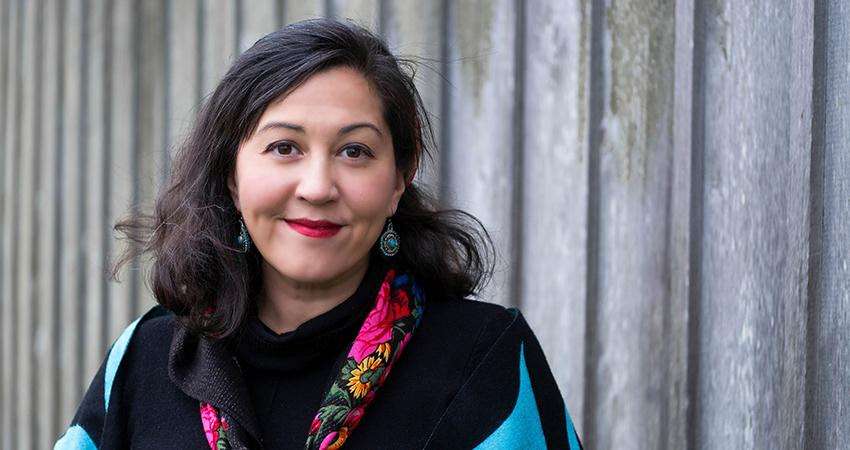 CASCADIA congratulates Rena Priest on her appointment as Washington State Poet Laureate by Governor Jay Inslee. Rena, who is a member of the Lhaq’temish (Lummi) Nation, is the first Indigenous poet to assume the role. 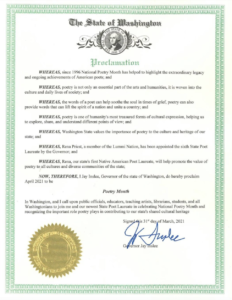 “I am incredibly excited and honored to take on this role,” said Priest. “I’m fascinated by the way people come together around poetry. I am always delighted by how they gather in quiet rooms and let themselves be drawn in, lit up, and transformed by the words of other people. It’s a powerful way of connecting.”

For the past three years, Rena has been one of CASCADIA’s 30 jurors who select the festival’s short films from those submitted to us. “I think there is a strong overlap between poetry and film. My favorite films use some of the same devices relied upon in poetry, such as poignant visual imagery, intentional pacing and use of sound to call forth a particular emotional response from the audience,” Priest said. “I also love seeing the vision of fem filmmakers carried to fruition and shared with an audience.”

CASCADIA’s short film jurors are located all over the world. About one-third live here in Washington State. Other jurors are based in L.A., NYC, DC, and elsewhere in the U.S. or international film centers such as Paris, Hong Kong, England, and Rome.  Almost all have professional affiliations to the film industry as directors, writers, producers, actors, cinematographers, editors, critics, festival programmers, film scholars, or professors.

Each short film submitted receives three views from our jurors. CASCADIA’s submissions coordinator tries to assign each short to a local juror, one elsewhere in the U.S. and one international. This helps bring an international perspective to the festival. CASCADIA is grateful to every one of our short film jurors like Priest who volunteer their time and expertise to review and select the festival’s short films.