CASCADIA Excited To Partner With Make A Scene WA! 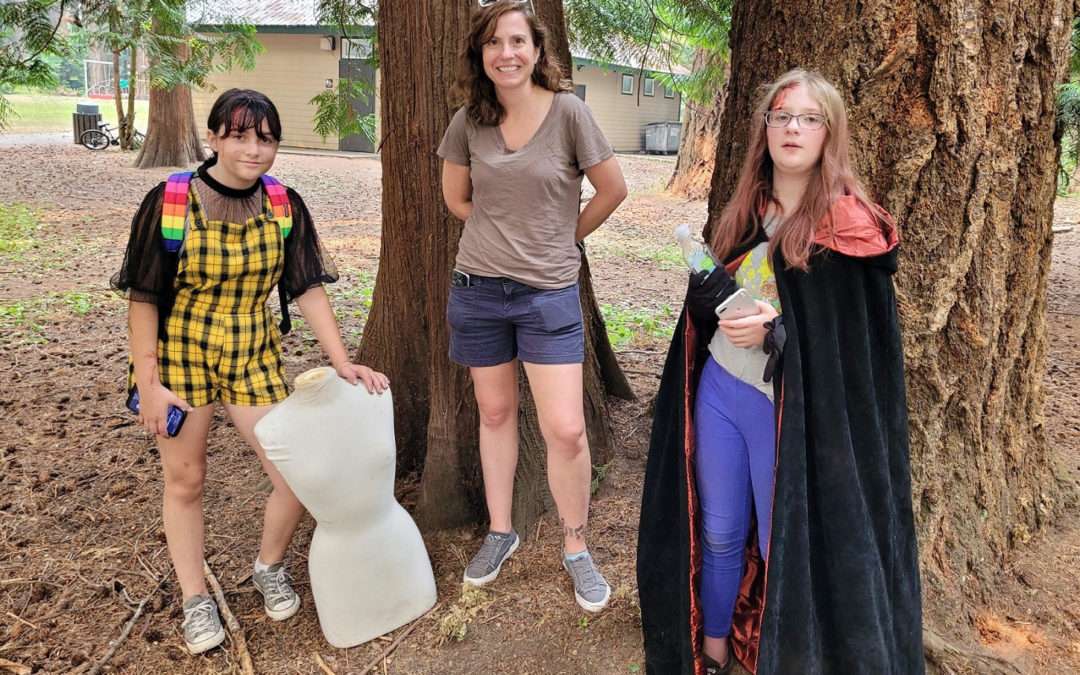 Whatcom County is known as a community that fosters artists, and that includes a healthy film-making community. Make A Scene WA is looking to create a team of teachers, sponsors, and students to create a nonprofit that will nourish the next generation of film artists.

Elena Stecca moved to Bellingham in 2000 to earn degrees in business and Spanish at Western Washington University but soon found herself on a path even closer to her heart. “I’ve always had a lot of passion for film, and I decided why not give it a go? I started out as a recurring extra on the show Z Nation, filmed in Spokane,” Stecca says. “I’ve always wanted to be more behind the camera, so I slowly worked my way there. And I love working with kids, so I thought the two would be a perfect match.”

Once she worked her way behind the camera, Stecca noticed a situation she wanted to help change. “I often find myself as the only woman on the crew. We’re very much underrepresented and underpaid, so I want to empower and encourage girls to know that they can do all these other jobs,” Stecca says. “There needs to be support and encouragement for that, because there isn’t very much right now. They don’t just have to be an actress or a makeup artist, or the other positions traditionally available to women—there’s lighting and sound and all sorts of things they can go into and do well.”

Her first public step toward making a change was a single post on local Facebook group called Bellingham Open, which resulted in seven kids signing up to learn how to shoot a film.  She organized the kids into two week-long sessions that gave them just enough time to produce their first work of art.

“The Pickford Film Center—which is an awesome organization—holds a storyteller’s event, so the kids made a short film for the festival. We had classroom practice time where they did a lot of it, like writing scripts Monday through Thursday, and then on each Friday we went out and filmed,” says Stecaa. “This year, one of the groups of girls’ film won the Storyteller’s Seasonal, and another took second place.”

That low-key first session has given Stecca a chance to take stock of her strengths—and the community’s needs.

“Right now, I’m open to kids from seven to 17, and the girls film club will have different sessions for each age group, so it can be catered to their interests, and their possible skill levels,” she says. “Even though I’m focused on young girls, there will be opportunities for all genders, because I want it to be a collaborative community. I’m going to start quarterly, in the style of a film club. I’ll teach them techniques and they can practice them, and then together they’ll build a project.” Specific workshops will be mixed in one weekend a month, such as working with green screen or performing sounds effects.

It’s important to Stecca to start from a very practical base. “Right now, my biggest focus is to teach them how to make films with what they have, or what is easily accessible, like cell phones. I want them to get excited and get out there, and after they take a class, they’ll go make a film and not feel like they have to spend a million dollars,” she says. “The goal of sponsorship, and becoming nonprofit, is to get really good equipment for their art. I do give them access to fancy equipment, so they get exposure to it, but I really want to make it very accessible, both equipment-wise and for marginalized communities.”

Moving into the future will require help from donors and sponsors, and Stecca has already seen a great willingness to help from the community around her. “I’ve been having a lot of conversations with Cascadia International Women’s Film Festival, which is here in Bellingham, and hopefully next year’s festival will have a kid’s portion or a girls portion, and maybe have some panels geared towards kids,” Stecca says. “I’ve had a lot of conversations with people like Bellingham Grip; a lot of groups are willing to lend us equipment that we need, or donate their time and knowledge.”