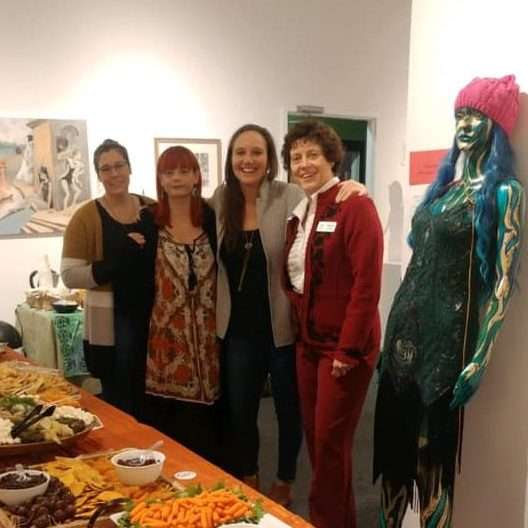 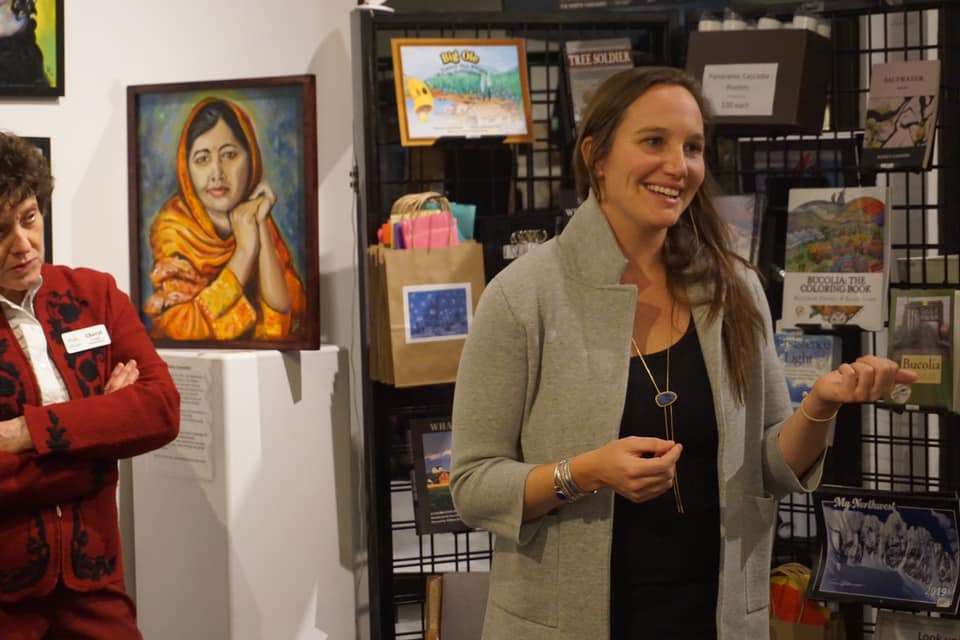 Director Sarah Menzies talks about her film “Afghan Cycles” during a special private screening event at the Pickford’s Limelight Theatre in Bellingham. Menzies is a Ferndale High School graduate.

We had a fabulous event Thursday, January 17, at Pickford Film Center’s Limelight Cinema. About 60 guests were treated to a special private screening of the documentary film “Afghan Cycles” directed by Sarah Menzies, a Ferndale High School graduate.

After the film, Menzies gave a brief talk about her experience with the film and traveling to Kabul, Afghanistan, and guests enjoyed a delicious Middle Eastern spread of dried fruits, nuts, hummus, cheese, olives, pita bread and mint tea. 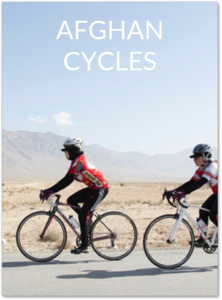 Afghan Cycles is a feature documentary about a new generation of Afghan women pushing gender and cultural barriers by riding bicycles.

The film follows a diverse and growing group of women who are risking their honor and their lives for the joy and liberation of riding a bicycle. From rural cycling clubs to a National Cycling Team, these women are ushering in a new era for a country slowly awakening to global influence and inevitable cultural change. Intertwined, their stories lead us on a journey into a country of beauty and contradictions, through decades of upheaval and repression, to today; their innocent act of revolution a harbinger of a brighter future for women in traditionally male-dominated societies around the globe. Watch trailer here: https://vimeo.com/137796562