WHAT: An Evening With Martha Coolidge

TICKETS: $75 for entire evening. $25 for film and discussion only.

CASCADIA International Women’s Film Festival honors renowned director Martha Coolidge, one of the most prolific women directors working today, with a special event Friday, May 13. The event will include a reception, conversation, and screening of her recent film “I’ll Find You.”

Martha Coolidge will talk about her career, her films and the challenges women face in the film industry during her conversation with CASCADIA Program Director Claudia Puig, also president of the Los Angeles Film Critics Association.

The evening will also include a special screening of Martha Coolidge’s most recent film, “I’ll Find You,” about a Catholic opera singer and a Jewish violin virtuoso who dream of one day performing together at the legendary Carnegie Hall. When they’re torn apart by the 1939 German invasion of Poland, Robert vows to find Rachel, no matter what…

On The Cultural Dismissal of Women

“Though female directors are now a small part of the industry, we are an invisible minority. It feels like we’ve gone backward. The cultural dismissal of women is so ingrained that the public,
including women, doesn’t seem to perceive a problem.”

Illuminating the struggle of characters as they face challenges whether seen through a comedic or a serious lens is a hallmark of Martha Coolidge’s work from her first documentaries to her remarkable pioneering achievements in feature films.

She is known not only as a consummate filmmaker but also as an “Actor’s Director” due to her knack to inspire special performances from actors whether they are seasoned like Robert Duvall and Anjelica Huston or new as was the case with Nicolas Cage, Val Kilmer and Halle Berry.

With an excellent eye for casting and special attention to detail in story and production Coolidge has brought to life diverse worlds from realistic historic periods to hip contemporary and futuristic settings.

Following her hit romantic comedy THE PRINCE & ME Coolidge returned with a delightful comedy-mystery MATERIAL GIRLS starring Hilary and Haylie Duff. The film tells the story of two silly “celebrity” sisters, made famous by modeling their father’s make up line, who inherit the company and subsequently loose it in a corporate swindle, falling from “Riches to rags in a single day.” The girls learn to work for a living and become detectives to figure out how they lost their company. Funny and smart it’s filled with talented actors like Anjelica Huston, Lukas Haas, Ty Hodges, Brent Spiner and Obba Babatunde.

Ms. Coolidge’s diverse range of projects, from raucous comedy to poignant drama, has caused some to say her taste is eclectic.  She says, “All my films have been about people facing personal challenges in their lives and overcoming them. But as a director I like to stretch. I certainly enjoy the action and the hardware as much as the next guy, but my films center on strong characters. My greatest joy has come from working with so many talented actors.”

Coolidge has enjoyed giving back to the industry she loves serving on many boards and committees including the AFI, Rhode Island School of Design, NYU and Catalyst, an organization dedicated to promoting better science in films. Ms. Coolidge made history in 2001 when she was elected the first woman President of the Directors Guild of America.

An avid horsewoman, Ms. Coolidge breeds and shows Paso Fino horses and holds several National Championship titles. She is married to the Award winning Production Designer James Spencer and has one son, Preston, named in honor of one of her idols, producer/ writer/ director Preston Sturges. 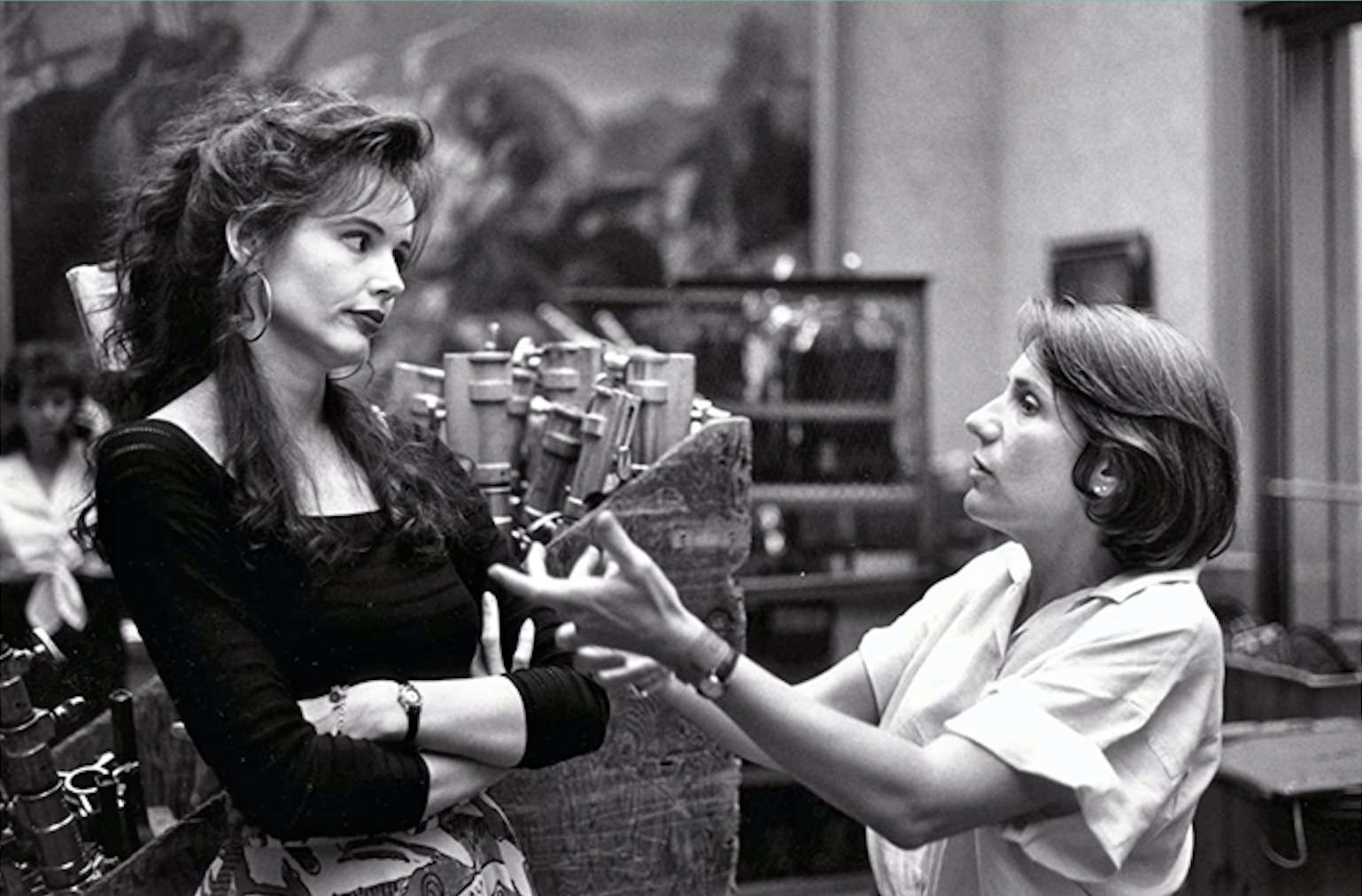 Martha Coolidge, r., with Geena Davis on the set of the film “Angie,” a 1994 American romantic comedy-drama film. 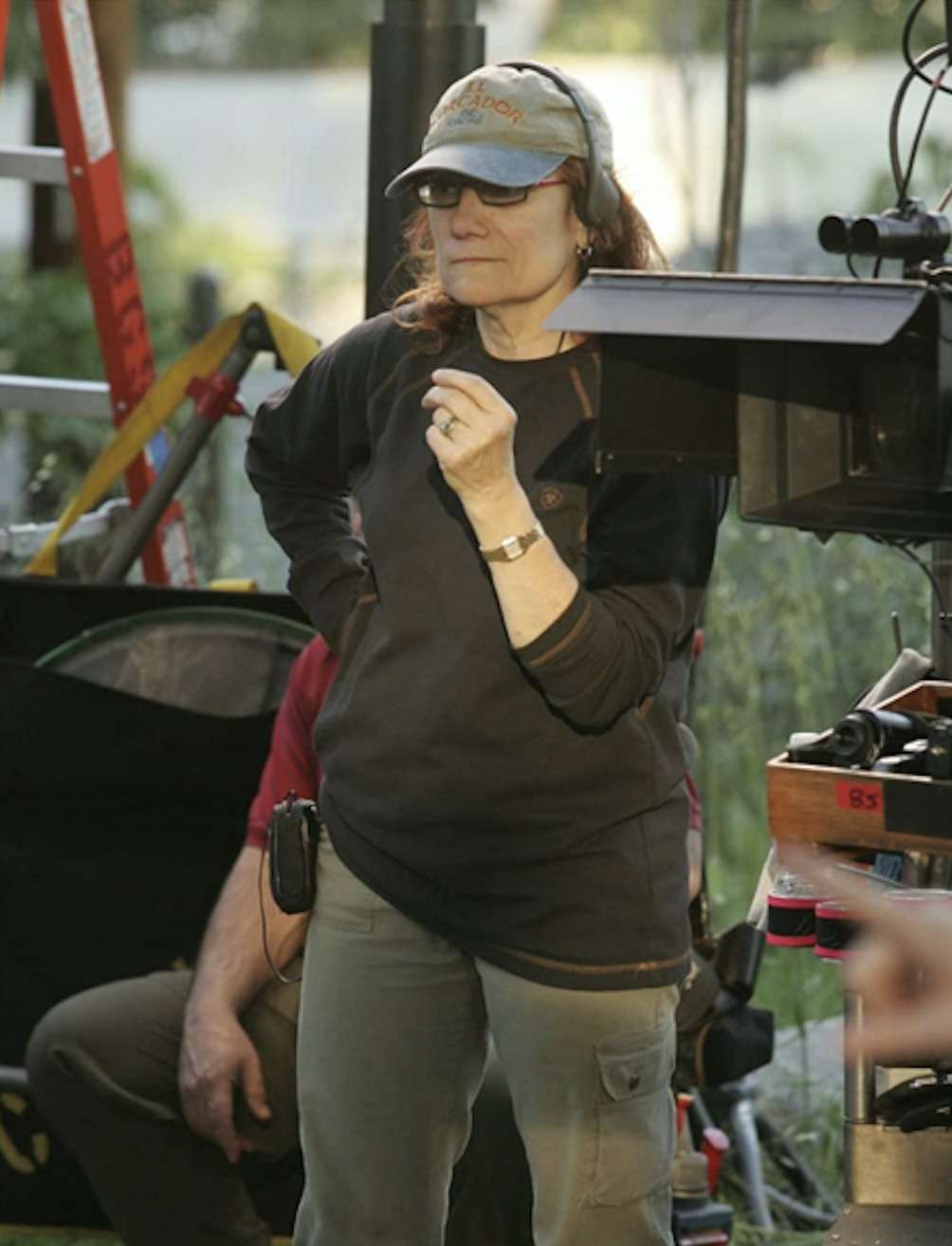