Our 2018 Film Festival in Review 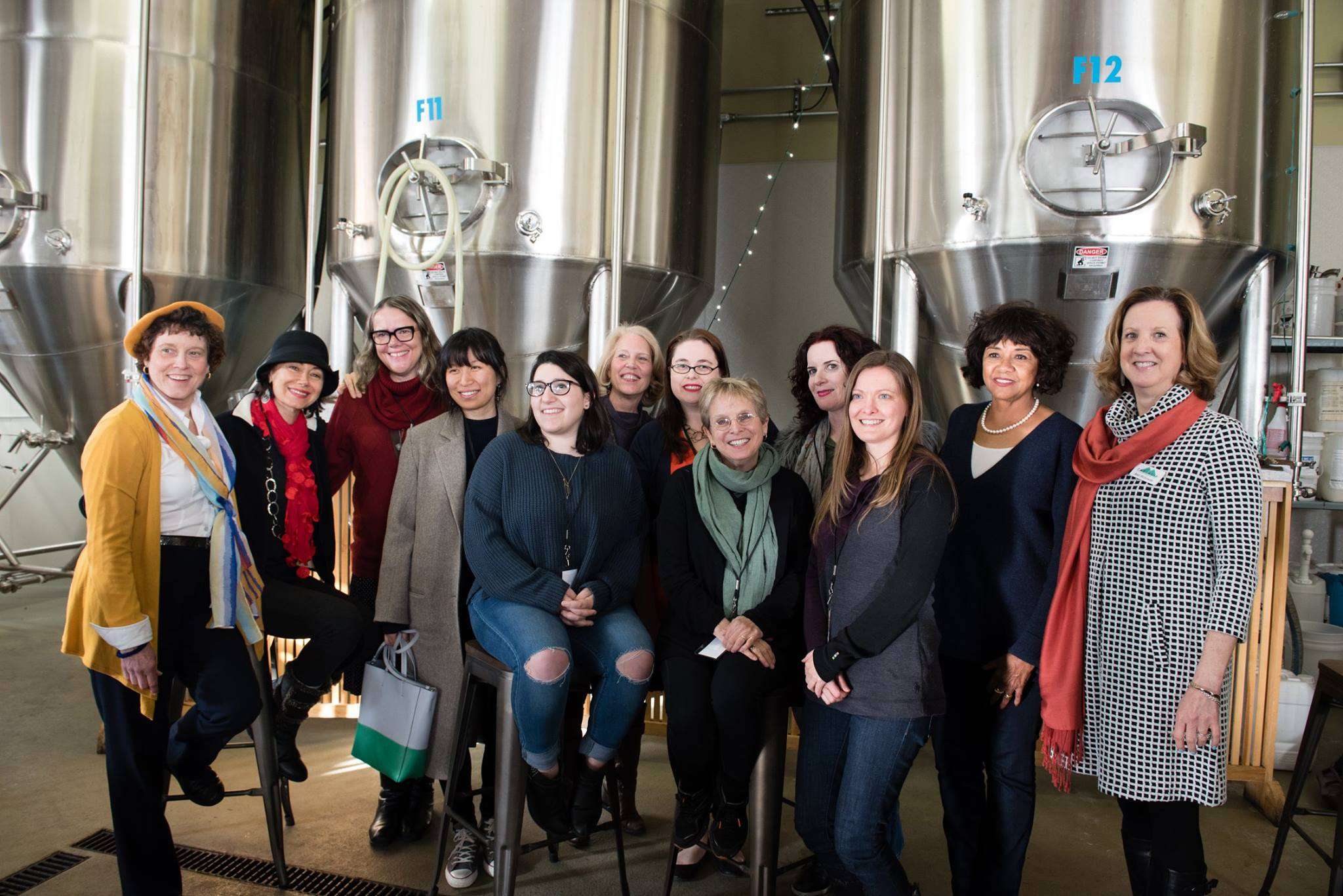 CASCADIA International Women’s Film Festival 2018 had an air of excitement, camaraderie, and exceptional films by extraordinary women. Our Second Annual Festival was incredible and we know the future holds even greater opportunities for women directors and for us as a growing film festival.

In addition to screening 25 exceptional films directed by women from around the world, we had a host of stellar events. You can see more photos of each of these events on our Facebook page. Thanks to Daisey James Photography  who was on hand to capture most of the events for us. 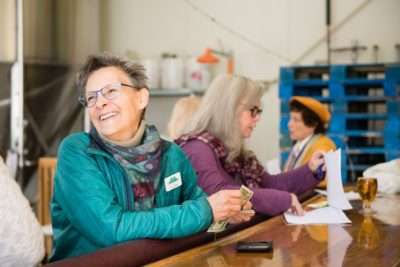 Our Directors Welcome Happy Hour sponsored by Boundary Bay Brewery kicked off the festival on Thursday, April 13, 2018. This kind of event is so important for our visiting directors to meet, network and commiserate. Their connection breeds future collaboration! It also allows our amazing board members to take a load off and look around at their incredible work! 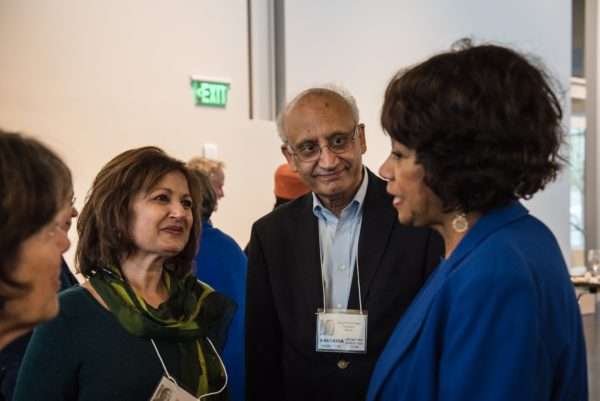 Cheryl Boone Isaacs is the immediate past President of the Academy of Motion Picture Arts and Sciences. The event was held at Whatcom Museum’s Lightcatcher Building on Friday, April 13, 2018.  Crave Catering Bellingham provided top-notch food and we were are so thankful for their in-kind donation! We must thank CASCADIA Board Member Lynne Walker and long-time CASCADIA volunteer and founding member Marla Bronstein for organizing the event. 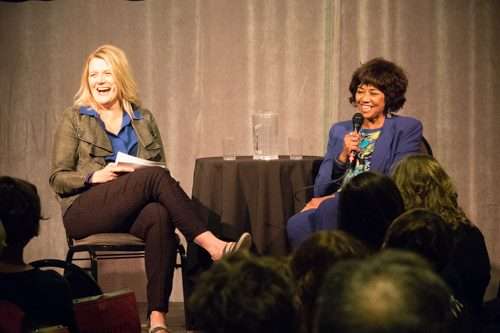 A Conversation with Cheryl Boone Isaacs

Our host was the very talented Deb Slater. Before a sold out audience, Boone Isaacs shared her behind-the-scenes stories and her experiences as the immediate past President of the Academy of Motion Picture Arts and Sciences, and as the first black woman of color and third female president of the 90-year organization. The event was introduced by CASCADIA Executive Director Cheryl Crooks. Thank you to CASCADIA Board Member Sheila Goodwin and CASCADIA Advisory Board Member Bob Goodwin for arranging the attendance of our very special honored guest.

The event was held on Friday, April 13, 2018 at The Walton Theatre at Mount Baker Theatre. 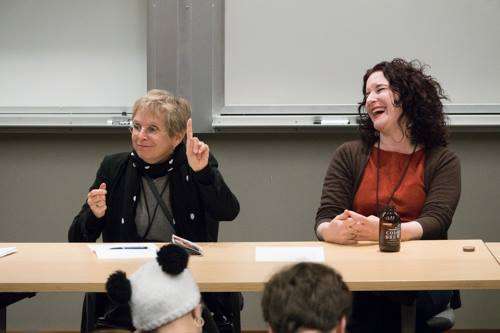 CASCADIA Panel: Finding a Film Mentor–It’s Not a Mystery! 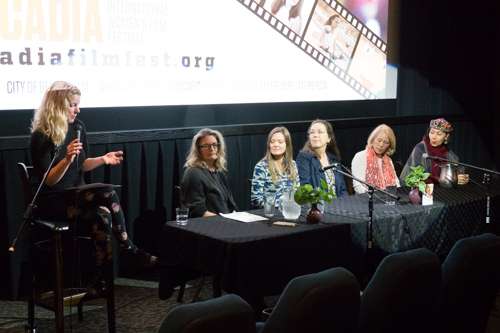 CASCADIA Panel: The Vital Role of the Documentary Editor

Read more about the panel…. 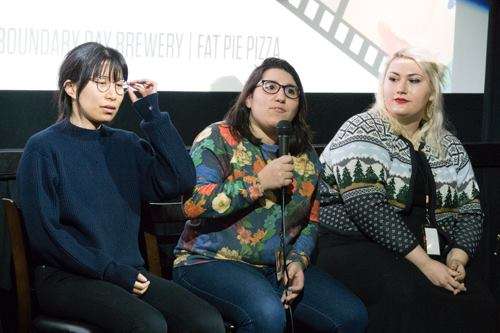 For the second year in a row, CASCADIA presented films by School of the Visual Arts New York School of Visual Arts SVA Film and Animation Department graduates. Films were presented on April 14, 2018 at Pickford Film Center.  The Q and A after the showcase was led by CASCADIA Advisory Board Member Everett Aison, a co- founder of the Film Program at SVA. Filmmakers Fiona Lu, Demi Bozas, and Lizz Astor were in attendance. 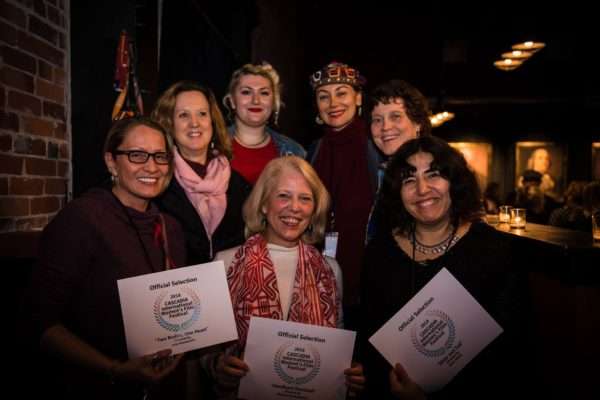 A recognition ceremony was held for our visiting directors to mix and mingle with the CASCADIA Board of Directors and Advisory Board Members as well as key staff and volunteers. The event was held at the SPARK: Museum of Electrical Invention on April 14, 2018. Thank you to Arlene Feld, LaVera Langeman, Debby Meyers and Amie Stevens for their hard work in organizing the event. 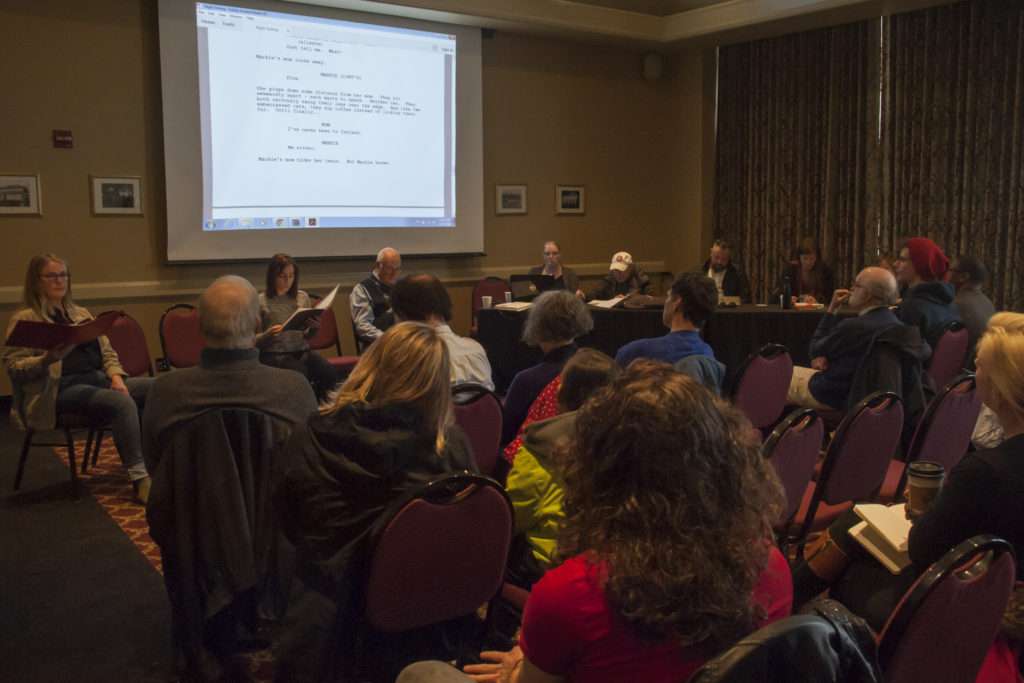 In partnership with Bellingham Film, a special LIVE Script Studio Session was held on April 15, 2018 at the Mount Baker Theatre Encore Room. Like CASCADIA, Bellingham Film has a shared mission of making Bellingham, Whatcom County and the Pacific Northwest a filmmaking and film-viewing destination. Four short film scripts were read before a LIVE audience by experienced actors. A panel of industry professionals offered pro-writer feedback based on their vast experience.

Daniel Larner coordinated the script readings. Several actors read for the expert panel. The event was free and open to the public. It was  held in the Encore Room, around the corner from the main entrance. Breakfast breads were generously contributed by: Great Harvest Bread Co., Rocket Donuts, Community Food Co-op, Woods Coffee, and Avenue Bread. THANK YOU! Read more…. 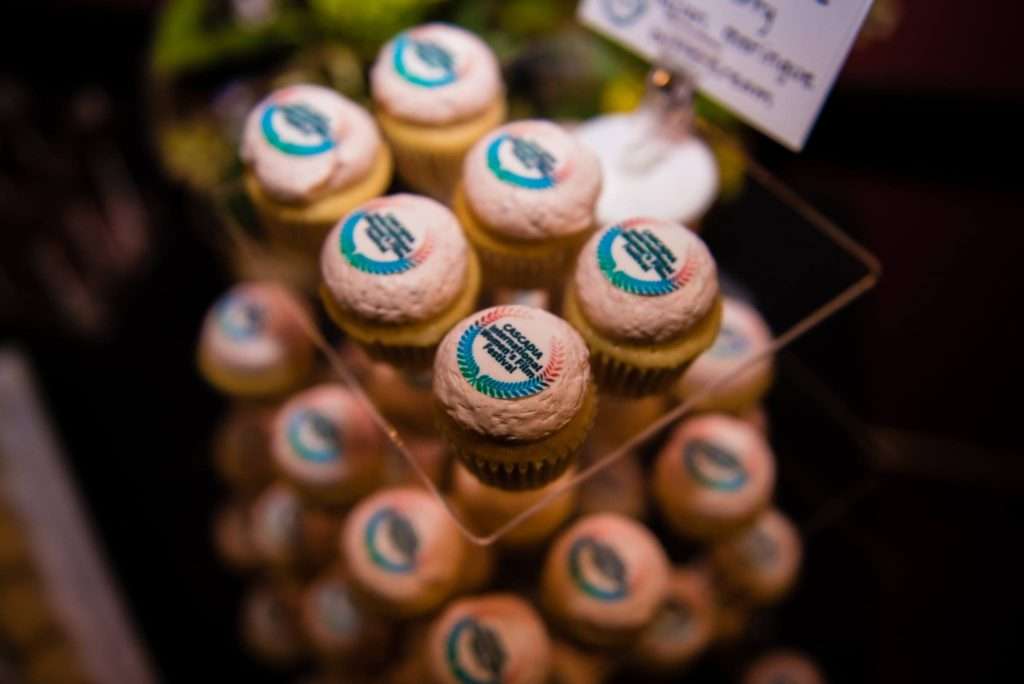 We watched, we celebrated, we connected. This year’s film festival was truly inspiring. As we move forward, we know that what we are doing is making an impact. We will continue to work harder, reach further, and help women directors and filmmakers in the years to come!